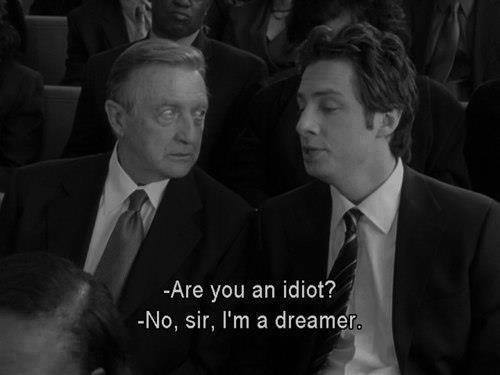 I am what the world refers to as an Imran Khan fanboy. After trying hard to shake off the tag. I have decided to embrace it. I once read that if we make our identity what the world perceives to be our shortcoming, and if we clothe ourselves in the guise the world uses to make a mockery out of us, make it our strength, then the world can never hurt us with it.

As we begin to become comfortable in our own skin, we find that our greatest inadequacy will become our greatest strength.

I often sit down with my father, who comes from a long line of Muslim League fans, and indeed fans of Zia-ul-Haq. The much famed Anti-PPP vote of Pakistan. He makes certain ‘well-reasoned’ arguments that are beyond me.

Some of these start with, “Imran Khan cannot provide all that he has promised.”

“Imran Khan is childish, doesn’t know the art of politics.”

And my personal favourite, “Nawaz Sharif is corrupt, but his style of corruption is more business oriented, rather than direct.”

At this point it takes all my willpower to not bang my head in the wall. Repeatedly.

The problem with much of my father’s generation and indeed a huge amount of our generation as well, for it would be naïve to deny that PML-N doesn’t have any support among the youth, is that we are fundamentally more than comfortable with mediocrity and even more alarmingly in guise of practicality we have become morally bankrupt. Our outrages over injustices are selective. Our culture seemingly contradicts itself between that of Hind and Islam. More importantly, as a nation we have failed to carve out an identity for ourselves.

We have taken it for granted that we are a third world country. We have decided we are comfortable with children on the street picking up trash, no school to go to. We have accepted hunger on the street as a truth of the world we have built. Shiny roads impress us because we feel it’s more than what we deserve. We as people have started to revel in the persecution of weak, and our persecution by the hands of the ruling class. All our actions are guided towards self-preservation as an individual rather than preservation of the nation. Patriotism and pride of a nation have seemingly no importance. We support an idea, because our ancestors supported that way of thinking, and Umar bin Hasham must surely be smiling from hell on this nation of the Prophet (p.b.u.h).

Our vision of practicality has no place for a paradise. We talk about the caliphate, the golden era, a system whose very fundamentals were justice and the basic human rights. Secretly, we all believe it can’t be done. We have given up on ourselves.

Like a tamed horse, we have no fight left. We are ready to be guided wherever our reigns take us. Our little outbursts in shapes of long-marches are nothing more than a horse’s whining when it feels it’s being lead to certain doom. Yet, all that is needed is an experienced rider, who really knows what makes us tick, and perhaps a whiplash to guide us wherever the rider wants.

Today in polls the chief element is ‘performance.’ While this is important, I refuse to believe that it’s the most important thing in the world. You cannot undermine the value of vision. The value of an idea. Because good administrators have come and gone aplenty. Hardly anyone remembers them. Humans despite their prodigious skills at the end of the day are meat, and meat eventually rots. A human you can kill with a well-aimed bullet. An idea lives on.  Forgive me for quoting an at times over-used and a very cheesy line but, “Ideas are bulletproof.”

If a government is judged based on merits of performance alone, then have a look at the Nazi-government. Look at how they impacted Germany. Their economic markers. The question you must ask yourself however is that can you live with the idea of Nazism? In light of Israeli aggression we have taken Adolf Hitler as some sort of a cult hero. What we forget is that one of the most basic teaching of our religion is that all men are created equal before God. It’s not the only instance where we lose ourselves and start to oppose the most basic of our belief system.

Do I believe Nawaz Sharif to be the devil reincarnated in flesh? No. Nawaz Sharif for me is irrelevant in the grand scheme of things. And to be very honest, I don’t even believe him to be a political identity. He has always served as an anti-PPP vote. An outlet of the right wings who can’t stand PPP. Without a PPP vote, there is no anti-PPP vote. Let me say it again, Nawaz Sharif is irrelevant, and history will prove it.

I am not suggesting Imran Khan is the most important figure in our history. He might prove to be as irrelevant as Nawaz Sharif. However, it’s the idea not the man that I truly love. The idea for power of the institutions. An idea for justice. An idea for a “Naya-Pakistan.”

There is a storm coming, it might come with Imran Khan, it might not so. The idea however has taken hold. The people Imran Khan has riled up will never be satisfied with anything less. I know I will never be. Choose a side now. The universe has no patience for people with no sense for the future, and history never remembers them kindly.

One thought on “A Cultured Punch In The Gut”