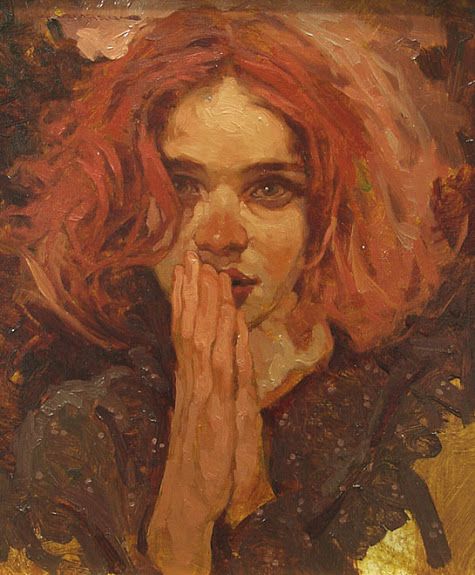 I could tell you she was beautiful, and by God she was. I can tell about how she would do this thing with her eyes, she would blink them over and over, and my heart would congeal with what could have only been love and awe. Yet somehow it was never at all about that, it was about something more profound. For love comes in many shades, some are more fickle than other. And it never makes it any less real, just different.

Have you ever seen someone? Not simply looked at them. Seen the person, the person they really are, the truest hue of their pallet beyond veils and fabrications and smokescreens. It’s not about how they look, it’s not about what they’re wearing. It’s not about their accent, or even how their voice sounds. It’s beyond that, in the most primal expression of humanity. Love is just a word like any other, until you feel it. And it’s when you see a person like that. All the jargons, the judgments left far, far behind. All the meticulous scrutiny we put people through every day when we see them, beyond that, in the way our souls must commune. A hidden divine rhythm left in plain sight. Connection. The very essence of something deeper, something more. And once you see a person like that, in purest form of nakedness is when you form an unbreakable bond.  You forever carry a part of them, and they one of you. And I carry one of her, and it is the most beautiful thing I have with me.

It’s a funny feeling when you think about it. When do you know it? Do you simply wake up one day armed with the knowledge that you love this one person beyond any shadow of doubt? When does it really happen? Maybe it is always with you and it is just a case of becoming self-aware. That one day you discover love for someone, just as one day you realize about gravity, an invisible force that keeps you from falling away. But it is more than that and you suddenly realize it is what keeps stars and planets align and how everything you know would simply cease to exist in a cacophony of chaos had it not been there. It is the single most amazing, most magical thing and you feel it every day so much and so that you have no idea what it would be like without it.

And one day I looked into her eyes as she said this, and I realized I’d never looked into them before. Not consciously.

She suddenly shuddered and asked what I was talking about.

“Your eyes,” I said, “Brown eyes. You have beautiful eyes.”

She suddenly tensed up, just a tiny bit as she always would when I would tell her she’s beautiful. Immediately drawing away her eyes as she caressed away her hair that had fallen on her face and perched them behind her ear. Her gazed fixed on the ground covered in the shadow the ancient tree made.

“Everyone has brown eyes, they’re nothing special,” she said, her voice so small and she never looked up as she said those words.

I placed my hand under chin and cupped her face, feeling my callous hands against the softness of her skin and I lifted her face till my eyes found her eyes again, and I spoke slowly, weighing each word, barely more than a whisper, putting life into them as I spoke. For words are epitome of creation. They stir something in you and sometimes they become a part of who you are.

“Brown of dark honey, of mud, of baked pie. Of sweet smelling coffee, of chocolate and of something more still. My love, no one has eyes like yours.”

The smallest of smiles adorned her face and the whole universe held its breath in wonderment. The little smile spread into a grin, and it showed the chipped tooth that she was always so conscious about and by God in whose hand my life is, it was surreal for nothing of this world can be that beautiful. And the heavens that stretched above were nothing more than sky, a blue canopy when compared to majesty of her smile.

But in death her smile was different. It was almost cruel amusement and in life it would have never settled her face. Something alien, sinister even. And her brown eyes looked ordinary in death. The magic that garnished them, of live, of her, for she was all life, it had left them bleak, desolated. Brown of barren earth. The black under her eyes had darkened, maligned. Tarnishing her lovely face. Her lips cherry no more, a tinge of blue settle on them as her body ran cold.

And I kissed her lips in death, in goodbye. They did not quiver under my mouth, in anticipation, in ecstasy, no sweet moan left her, her body did not open in reply to my kiss, her tongue made no advances. The kiss her lips placed back on me now demanded no kiss back. Death is the end to all magics. It ends all enchantments.

A boiling tear welled up in my eye and fell on her face. I wiped it away, her skin icy cold under my touch as I had never known it. Her cheekbones had turned gaunt and hollowed as she fought for her life, slowly withering away but always smiling, never like she did now.

The only sign of life left on her was on her black hair. I closed into them and smelled them one last time. It was a fragrance I can never begin to describe even if I want to. It was her, simply the single most intoxicating thing that I know. One of the last things she ever told me was that I will have a part of her with me, always.

I closed in her ears and mumbled, barely hearing myself, “I will keep it safe forever, my love.”